So the most fun project I've been doing for ages has continued despite the lack of interest (seemingly) in this great game! Building Orky stuff is actually therapeutic I'm sure.
Here is the Ork Fort mostly finished, I was yarning to Jas (Krugers Kreations) about how to best do all the rivets, in the end I thought to myself "yawn... who could be bothered!" and carried on and painted it without any at all. Its Orky enough for now but maybe one day I'll get inspired to cut a few hundred rivets from plastic dowels and glue them on with tweezers but its not looking likely!
Mob two is still being created and looking pretty good. I have had inspiration via the web to build some boats, floating forts, jetskis, islands and barges... again free download on the rules so everyone wins! Thanks guys! Also big thanks to Kenric for gifting me with so many Ork (and otherwise) bits... hope you get some good painting/gaming time in in Japan mate. 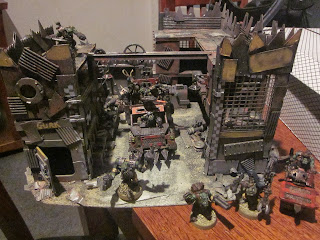 Frontal shot, I chose not to have a gate on this one and I was going to build an extra story/watchtower section but in the end left both out, I need me some magnets to make the extras work and will probably build them separate as add-on pieces 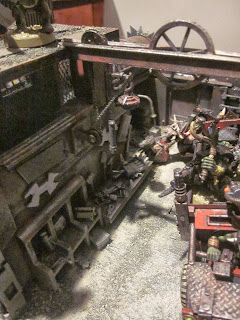 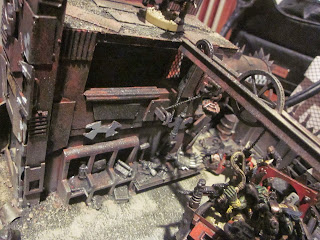 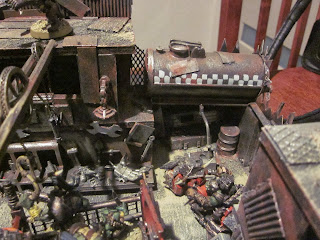 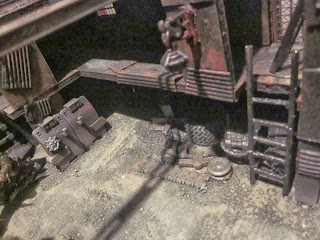 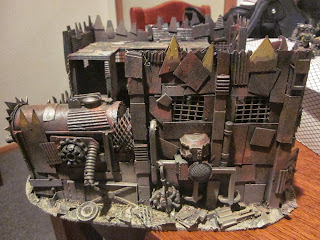 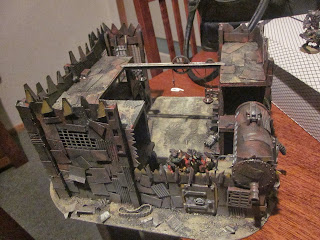 rear wall
So there it is, hope you enjoy and get inspired to make more stuff from spare bits