Waaaagh!! Well I mentioned that I got some Orks in my last post, then I got really busy kitbashing, converting and painting. Here is the first mob all finished! Wow... even I can't believe I finished something!
Thanks to all the Orky People out there who posted stuff and gave me ideas... still got another mob to make so concepts are welcome.
This was so fun as a project and I'm totally into the concept of it all. 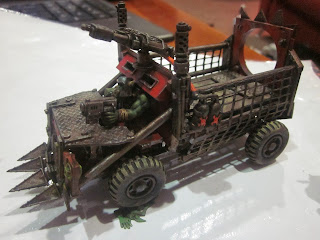 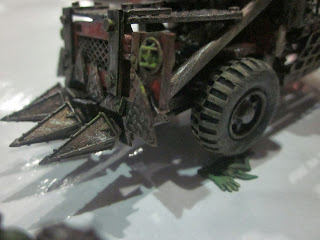 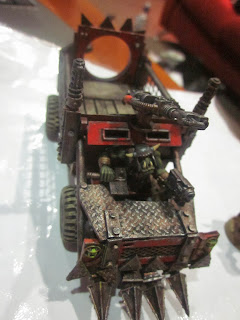 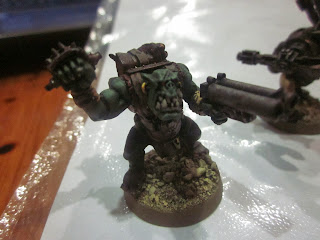 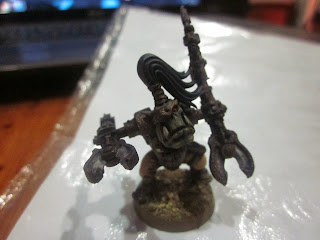 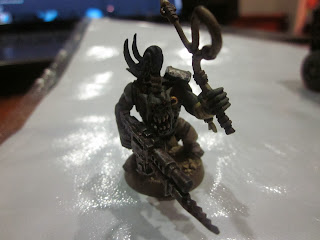 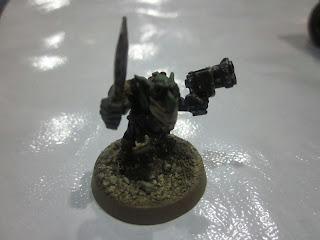 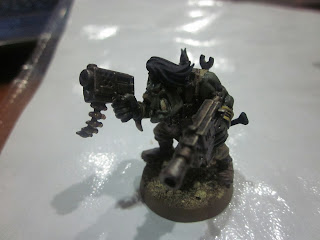 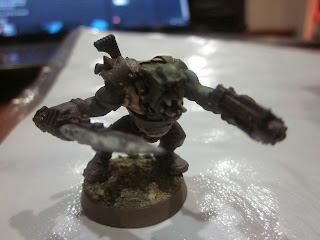 Ork Boy with slugga and Kannon 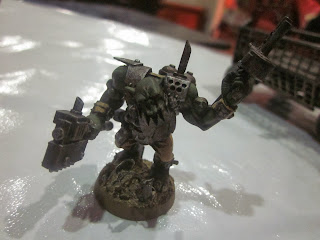 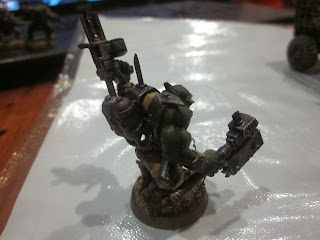 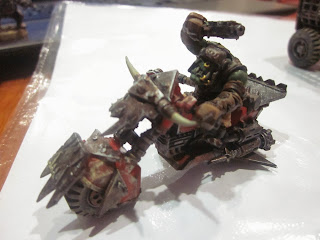 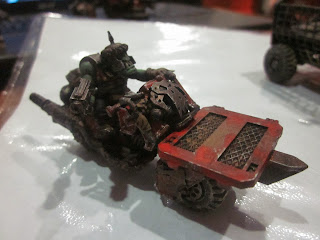 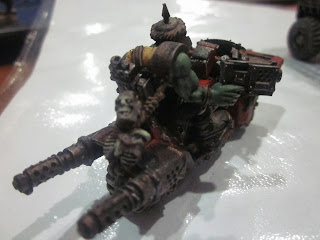 with dead digga/mutie on back 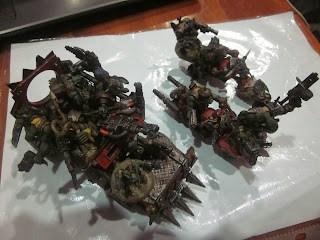 Whole mob mounted up
This is a 150 point start up mob (but I can take it down to 100 if I want)
Next up is the other mob of 150 points and then a Ork outpost/mine/mekshop/fort... perfect for my desert terrain.
I'm loving the resurgence of 40k stuff out there, but especially that most of what I've seen isn't actually for 40K (the game)... hmmm perhaps because these can be picked up in trades at bargain prices like $20 plus a few skiffed bits from friends bitz boxes.... Come on everybody share the love... you know you are never going to use the bits anyhow!!!
Go the skirmish games... bring back the fun!
Posted by Unknown at 03:25