Flames of War Day of Days and Polish AK

First post of my large (ish) Flames of War collection. This is a small portion of my German Army and also a WIP on my Polish AK which I haven't touched for at least a year. I have lots of other stuff but too much for one post!
To be honest, when V3 came along finally, I got I bit jaded and perhaps lost some interest in playing the system... but I'm back!
With Day of Days doubles tournament looming and thousands of dollars of figures just sitting there, there was always an intention to be back playing flames again at some point.

We (Jason and I were pencilled in to play together this year) are going to field the 21st Panzer in some form, so of course neither of us have any of the funnies yet but Jas really wants a 21st Army for late War anyway so this time I'll be using someone else's troops... at least we have plenty of time to paint them. 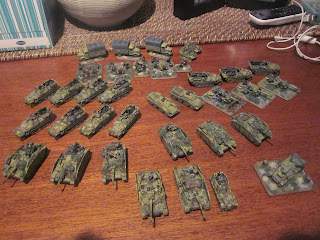 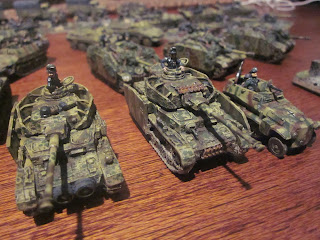 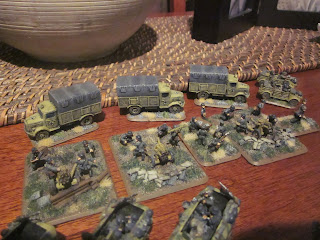 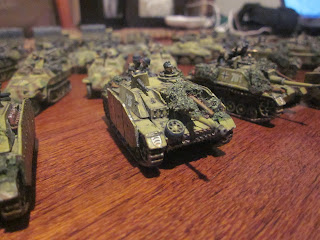 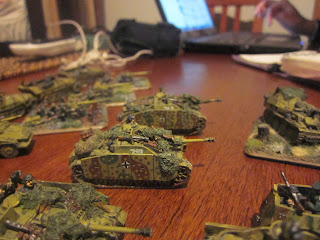 (And in doing so I can lend these if anyone out there would like to play but have Russians or whatever, I have other stuff that isn't pictured here)

These guys are a work in progress like I mentioned earlier. Of all the partisan fighters of ww2 I love these guys the most, all they ever wanted was their own country, language, culture and religious freedom... and they had to endure some of the most horrible things/crimes committed by the Nazis... in the end the uprising failed and the oppression continued long after the German presence by way of the Russian occupation and inclusion into communist USSR. I would like to say that I am glad that today they have their own nation to call their own. This force represents and honours those who stood for what was right and sacrificed so much, for Poland. 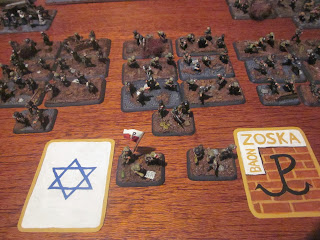 HQ with Kedyw platoons, the objective slips are hand painted, the left one is the Jewish resistance flag/badge (common jewish symbol that evolved into the Israeli flag) and the other on the right is the handsewn embroidered badge of their Battalion 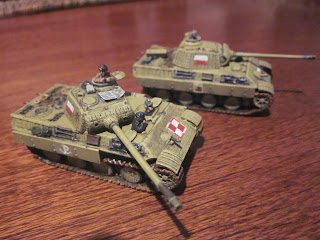 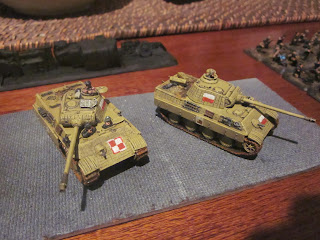 The Armour- captured Panthers (Magda and Pudel). These blew apart the guard towers of the Jewish labour camp and freed the Jewish prisoners, many of them joined the unit to fight the Germans.
Next is all the stuff I have started but haven't finished in order of what I have done the most work on
LOTS AND LOTS of infantry and guns, in fact, I have enough to build about 3500points, much of it is not even based up yet 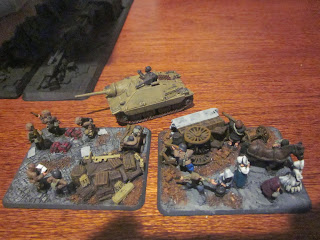 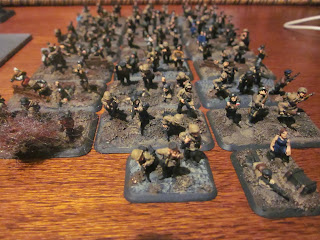 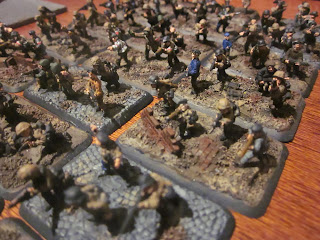 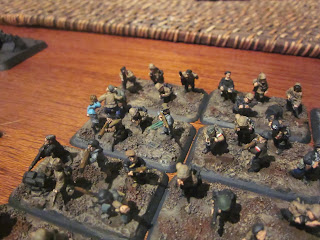 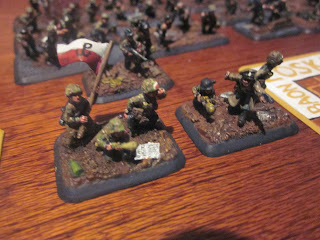 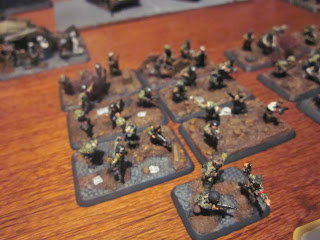 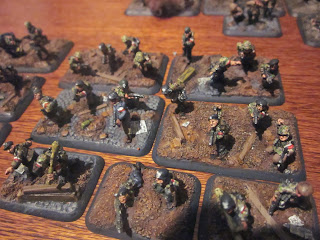 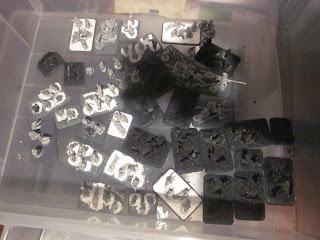 box of based up but not painted (you get the idea, its going to be a long project!) I'll take my time and do spurts as I get inspiration, I've been told I am NOT allowed to sell these!
Thanks for looking,
constructive feedback welcome