Here's some shots of the painting workbench from earlier in the week, I've now base-coated the colours on my first 8 stands, interestingly, this is my first post of my huge historical collection, which will hopefully get blogged eventually.
These were bought in regards to the Gettysburg Re-fight later in the year and am pleased to show at least a little progress :) I have the officer, command stand and 2 guns painted, with 14 or so more stands of infantry to paint but I have plenty of figures if I need more. 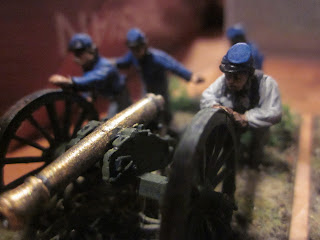 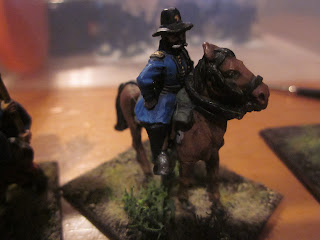 officer (I have a French one also now, ta Kent) 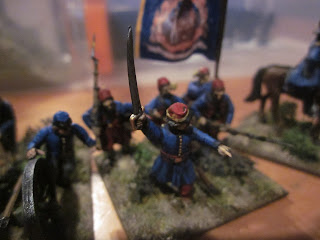 My Commander leading the charge 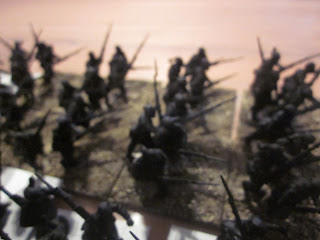 The rank and file boys undercoated and now basecoated, highlights to come, I have heaps of these figures in case I want to take them afield to the Crimea, Algeria or wherever. I'll have to different command stands and paint them as the 5th New York, about as generic as it gets. 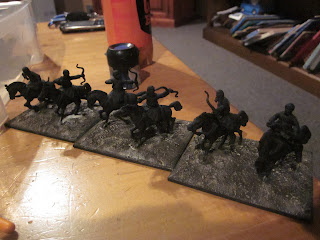 Persian Cav (Wargames Factory Plastics)
A sneek peek into my ancients, these will go with my Parthians, Later Seleucids and perhaps Palmyra. I've made progress here since the photo as well so if I get time in the week-end hopefully I can finish them all off.
That's all for now, I need to get a better camera I think, its hard to pick out the detail ;)
Posted by Unknown at 03:04