Lord of the Rings Elves

Painted up a few Noldor elves to use as a Frostgrave warband. Fornost fits the theme perfectly i feel and so heres Glorfindel, Gildor Inglorion and kin escorting Glorfindels daughter to the havens, taking the elven paths and fending off any unwanted visitors whilst ever on the lookout for ancient items...
Or so the story goes.
Gandalf didnt make the cut but i painted another one up, i ummed and ahhed about who to use, but i couldnt go past the cool Arwen model... wel see i may end up changing my mind, Thuranduil the old metal version from before the hobbit also didnt make the cut, but im wondering whether i could use that figure as an apothecary.
On the subject of "the wizard", Glorfindel is the clear winner, followed by Gildor as "apprentice ". Elven lady as a Templar.
Some people believe Glorfindel to also be Glorfindel of Gondolin, who slays a balrog in the first age... im with those guys, why else would they say of Glorfindel that he alone could ride against the 9 (nazgul), his mounted model is one of the best LotR sculpts in my opinion, great heroic pose.
Elves are cool, enuf said! 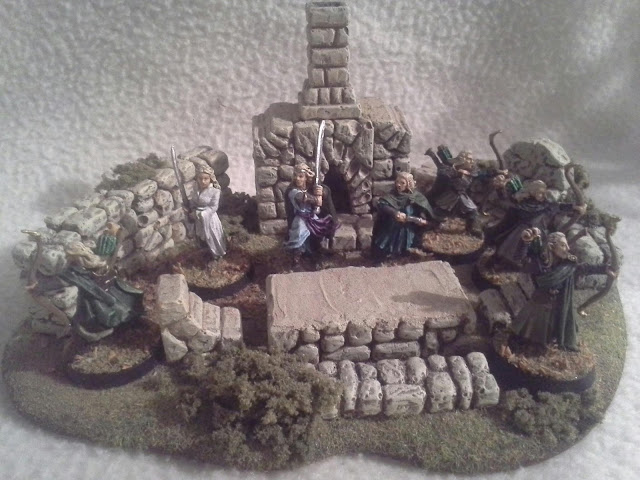 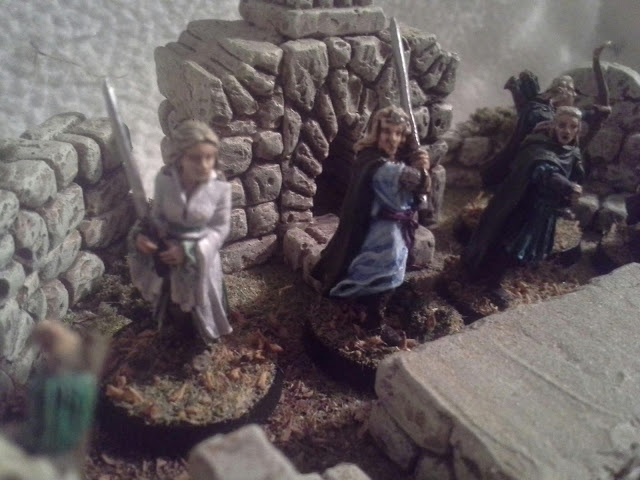 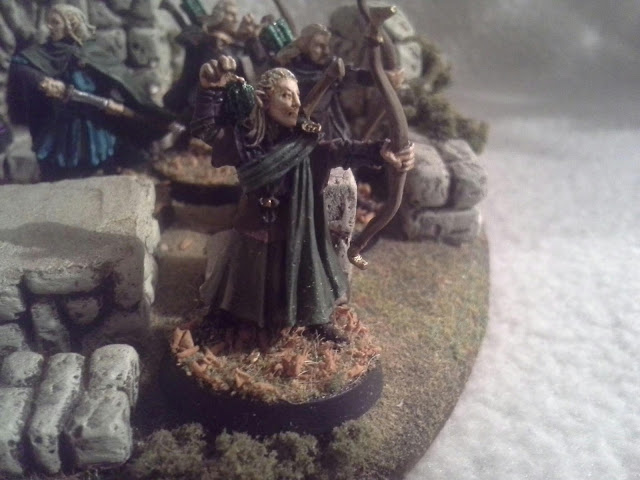 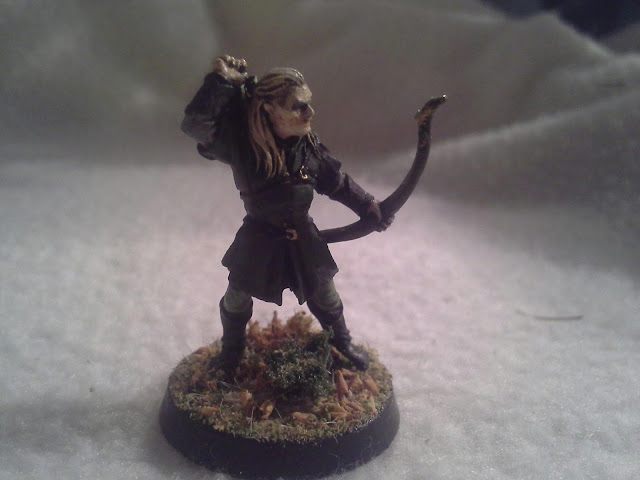 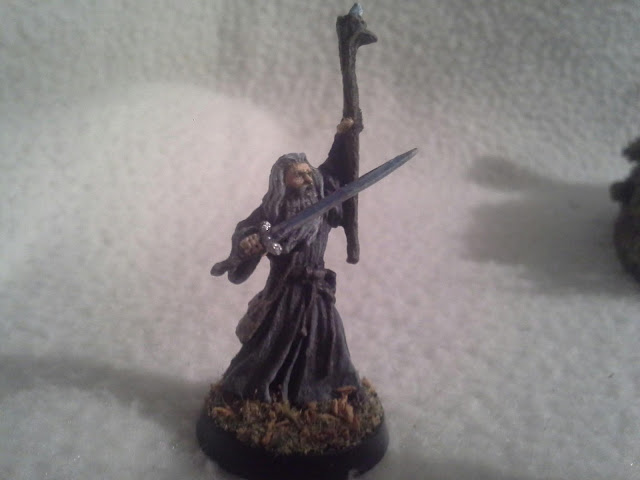 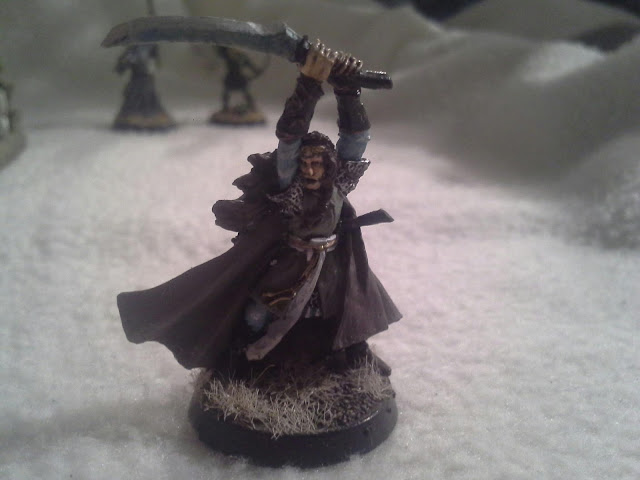 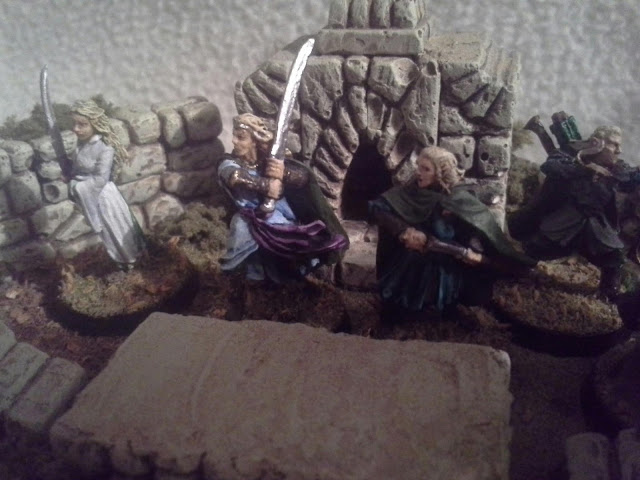