Last night Jas came over for a game, I've been gunning for ancients for a while and although my army isn't quite finished, it mostly is and is "fieldable", Jas brought over his rocking new Roman Army which look really cool, so here are some shots of the Palmyrene Army and our game of Impetus, it was a heap of fun, hope you enjoy the pics 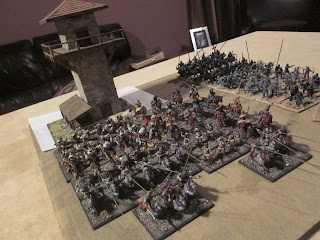 Army with 2 commands, I stuffed up my list and had to take out two units after Jas put me right with the commands and commander rules! Ultimately my command issues helped break me in the end and a better thought out Army list is on the cards. New Crusaders force based in the background... my next project. 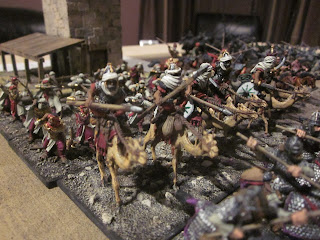 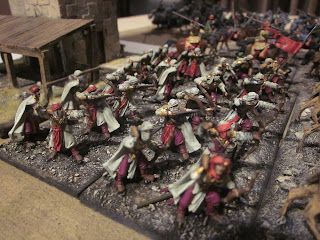 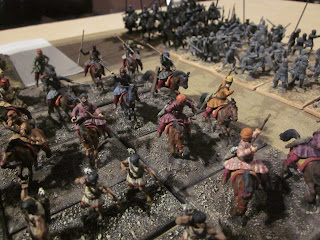 CL units
Light cavalry with Composite Bows and javelins, Cretan Bow skirmishers at the front, these units are made up from Wargames Factory Plastic Persian Cav and their Numidians box 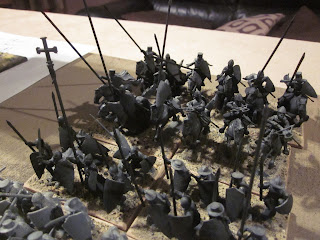 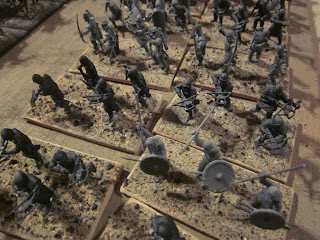 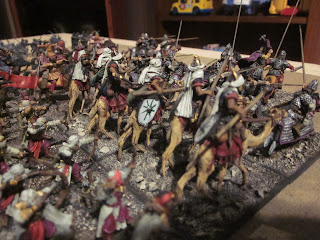 To the battlefield,
Antioch or somewhere close, we didn't play an actual historical battle 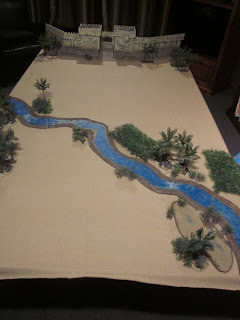 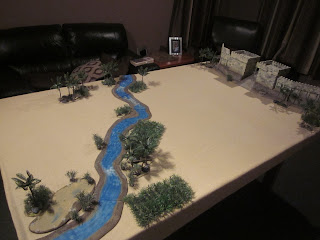 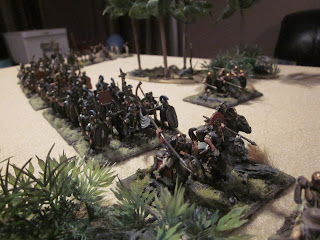 Roman column advances to the battlefield eager for glory and gold 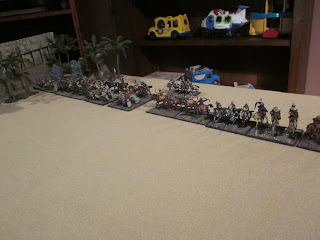 Above and below is my deployment of the Palmyrene force, Archers protecting the camp far right, Light cav in the middle, Cataphracts on the right 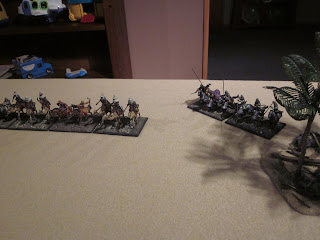 The self proclaimed King of Palmyra and his Cataphracts 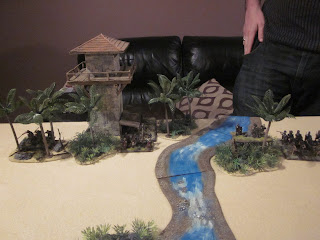 Above and below, Jas' Roman deployment 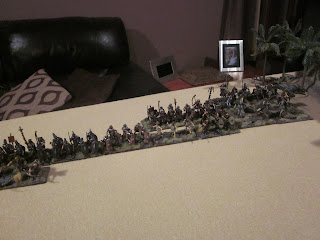 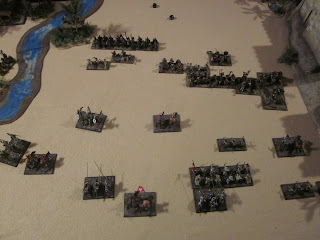 To War! we both move forward into battle 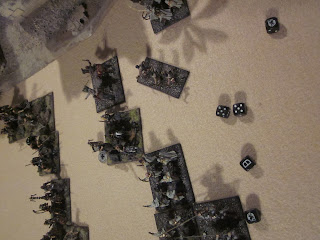 Jas' Roman Contariorum charge and my Cretan skirmishers end up with medals of honour and "unit of the day" after scoring a massive 4 hits from 6 shots. Oh dear! 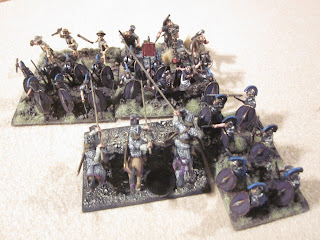 I sent the cataphracts into the praetorians and they counter charge me but we only both disorder, yawn! 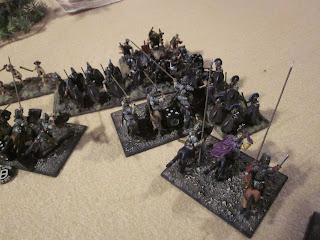 So in go the rest of the cataphracts, but they stall on contact and even having lots of dice doesn't guarantee that you will get a hit! I had such high hopes! Alas no... 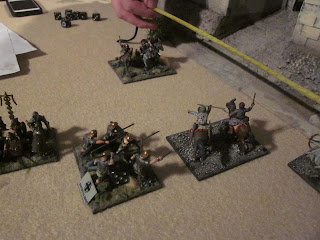 One unit of CL with javelins destroying the roman flank, they also did really well 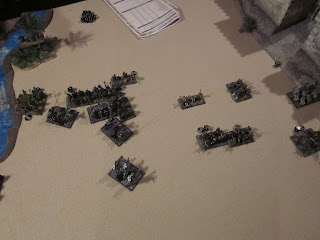 Until my command broke after I rushed into combat my other CL to get rid of those pesky roman slingers and they stood and massacred the cav. sigh!  Game over 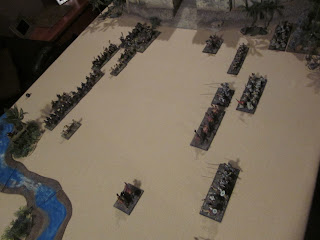 Thanks Jas, great game, nice to be able to crank out my terrain again and try a new list, I had a heap of fun.
Posted by Unknown at 19:50